By continuing to browse this website, you consent to the use of cookies for the purposes of compiling statistical information on visits in order to improve our website and your user experience.

Sino-French projects of electromechanical systems for the industry 4.0

Sino-French projects of electromechanical systems for the industry 4.0: encounter of Foshan’s mayor and the Consul General of France.

On January 7, 2020, CNIM China was part of the delegation of French industrial compagnies standing by the Consul General of France, Mrs. Siv Leng CHHUOR, during her political encounter on collaborations between China and France especially on an industrial level, with the mayor of the city of Foshan, Mr. Wei ZHU.

CNIM China teams work in close collaboration with those based in La Seyne-sur-Mer, in the south of France, mutually developing their skills and offering the best equation to customers of demanding industries.

Then to the mayor of the industrial core of Gaoming region, Vincent Bury presented the industrial partnership projects for the supply of production line automatic systems, including the implementation of electromechanical solutions of customized industrial conveyors for large department stores for instance.

Finally, Vincent Bury presented the diversification underway with the supply of electromechanical solutions, especially smart handling systems, which echoes the strategy of the Great Bay Area and in particular that of the city of Foshan for Industry 4.0. 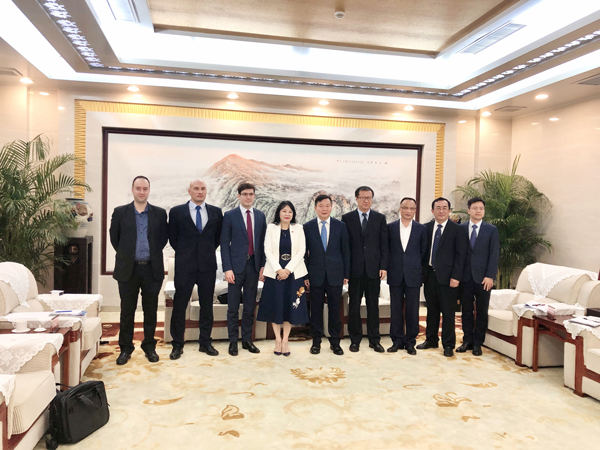